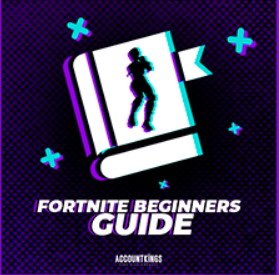 Fortnite has been around for quite a while now, is much loved and available on many platforms, from PC, Xbox, Playstation and more. The game has swept the world by storm, having players from all around the globe, of all ages. It is a free-to-play game, but it does hold a currency called ‘v-bucks’ which players can use to purchase skins, weapons etc. Some players choose to buy Fortnite accounts which already contain these attributes as it can take quite some time to obtain these. Additionally, some in-game items are only available during certain seasons.

Though the game has had many different updates, new chapters and characters appear, the basics remain the same! Within this guide we will check out some tips to help out players with obtaining their victory Royale!

Despite there being no sure fire way of a player taking home the gold every time, there are some things you can do to better your chances.

Here’s a list of handy hints to maximize your chances of claiming the win:

-Avoid the bigger battles until you have to partake. Though landing in populated areas may find you more loot and weapons, you have a higher chance as a beginner being away from the action at the start.

-Land on roofs, you have less chance of being shot down and there are often chests on the roofs of buildings. Though perfecting your landing may prove difficult it is often the safer option.

-Zig zag, never run straight. Snipers in the match will take advantage of an easy target, so don’t give them one!

-Use your in-game volume to your advantage. Though not everyone is a fan of game sound effects, if you don’t use them, you lose half of your advantages. Enemies can be heard approaching, treasure chests jingle to indicate their whereabouts etc.

Know your map and where to drop:

When a player first spawns into the match, they will appear on the battle bus. From here they will be asked to jump. There isn’t exactly a bad or good place to land in Fortnite, there are however ‘better’ places to land, depending on how you wish to play. For instance, those players wishing to avoid the action, they’re recommended to land somewhere unnamed away from the flight path. Whereas those who wish to get straight into battle should remain on the flight path.

At intervals throughout the game, a white circle will be visible on the map. This signifies where the next zone will be located, it is vital to remain within this circle to progress. If you are not, then follow the white line which appears on your map, this will indicate the quickest route to the safe zone.

Outside of this zone is referred to as ‘the storm’ and this area will increase in size as the match progresses, gradually shrinking the safe zone to give players less space. If you fail to make it into the safe zone as the storm encroaches, you will begin to take damage, and this will get increasingly worse unless you re-enter the safe zone.

When you fall back into the storm, a blue line will then appear to signify the quickest route out. Note that, the white and blue line may not align, this depends on whether a new safe zone has been established yet.

Though it is far better to have one of these than no gun at all, they’re heavily out weighed by many other forms of heavy weaponry in the game. We advise you to search for better options asap.

These guns have always been considered to be top tier within the game. Get to know how to use these guns and you will make your Fortnite experience a whole lot smoother.

Great for inflicting damage on other players structures and finishing off an attack after a few shotgun rounds.

One of the best weapons due to it being an all-purpose gun, though it can be random. Try to use this weapon for controlled bursts and avoid long range.

Though these weapons require players to get used to them with some practice, they can prove to be epic. They have ‘bullet drop’ meaning the shot lowers with distance, so to shoot a moving target, aim high and ahead.

Great for destroying forts or taking out close by enemies, Rocket Launchers take time to hit, so take this into account.

This is more used as a gathering tool throughout, and is with you from the very start, but is no less important as you’ll find out in our next segment.

How building works on Fortnite

Players can build structures throughout the game, to heal, hide and just create more space in late game to fight. As when the safe zone gets smaller, players still need to continue the fight for that victory Royale!

Materials to build these structures can be found throughout the game. There are three, wood, stone and metal, they each take a different amount of time to gather. Let’s take a look at how and where to get these materials.

Wood can be found throughout the map in furniture, wooden pallets and trees. Using your pickaxe you can obtain this material. Fallen trees however can alert other players to your whereabouts, or leave a trail they can follow to find you. So it is advised that you keep an eye on the health bar, this shows how many hit points are left on the object to avoid this.

These materials can be obtained by destroying vehicles, brick walls and from other objects found laying around the map. The same logic applies to the wood, in that you don’t have to entirely take down these structures in order to obtain the materials.

When playing, expect to take a few hits, and don’t be discouraged when you don’t instantly get that victory Royale! Make sure to keep up the practice, take into consideration some of our tips and tricks and work towards that win! We here at AK hope you’ve enjoyed and found help in our article.